Gateway and Ignite have 3 acres of land in the village of Undeswarapuram, on the outskirts of Rajahmundry, called the "Come Together Compound".

The compound was bought with the support of American Christian rock band Third Day, and is the setting for "The Gateway School" for which Nigel James’ wife Gill has been co-ordinating the fund-raising.

The Come Together Compound is also the venue for the annual Blessings Festival, which sees thousands gather for an evening of worship, gospel preaching, prayer and healing.

The Gateway School building was officially opened and dedicated in February 2009 by Gill and Nigel James, with a team attending from Cardiff, Wales as well as many local children, pastors and dignitaries.

Already the Come Together Compound had been the venue for various fun days for local children, in readiness for them attending the school.

The first children registered in early June of 2009, and on Friday 12th June, headteacher Suneetha welcomed 120 children to lessons. The children were collected in the new Gateway School bus.

Within a few weeks the attendance grew to 198 children, and as of the  start of the fourth academic year in June 2012 there are 417 pupils. Many come from the poorest of backgrounds and live in a selection of simple villages in the area. 2 school buses collect and drop-off the majority of the pupils.

Pictures from the School 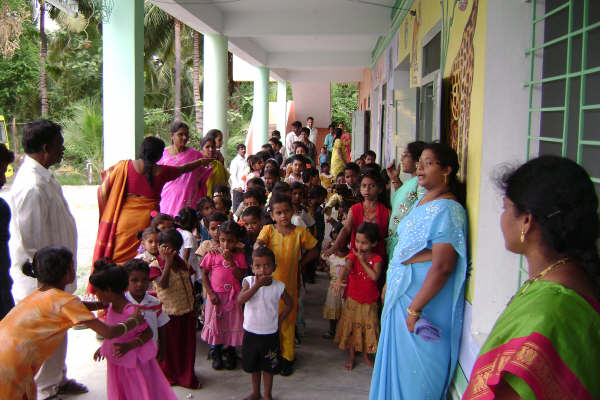 Headteacher Suneetha Prasad writes: I am very glad to inform you that  our school 10th class students all have...